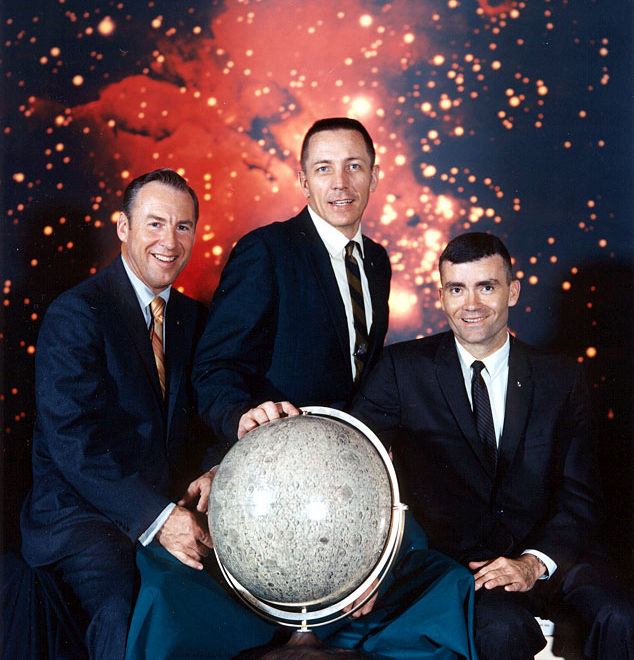 On April 11, 1970 the crew of Apollo 13 blasted off from Cape Kennedy with the goal of becoming the third group to stage a moon landing. The first two days went so smoothly CapCom commented, “The spacecraft is in real good shape as far as we are concerned. We’re bored to tears down here.”

Nine hours later, James Lovell and his crew finished a nearly one-hour television broadcast. The commanded closed with, “This is the crew of Apollo 13 wishing everybody there a nice evening, and we’re just about ready to close out our inspection of Aquarius (the lunar module) and get back for a pleasant evening in Odyssey (the command module). Good night.”

Oxygen tank number 2 blew up nine minutes later: Number 1 followed as the astronauts heard a sharp bang and felt a strong vibration. Jack Swigert noticed a warning light and told ground control, “Houston, we’ve had a problem here.” The light indicated Apollo 13’s fuel cells were lost, cells providing most of the spacecraft’s electricity. At 200,000 miles from earth, with their oxygen tanks leaking into space, the situation looked grim.

The astronauts and Houston ground controllers decided to depend on the lunar module’s (LM) systems for survival. The LM was equipped for a 45-hour lifetime, not the 90 required to get the crew home alive. New procedures had to be written and tested on the ground, in the simulator.

The astronauts shut down all con-critical systems and reduced their energy consumption to one-fifth. They cut back on water usage because their space suits had limited storage for body wastes. They ate little and became dehydrated. The three astronauts lost a total of 31 1/2 pounds, and Fred Haise became seriously ill with a bladder infection. The cabin temperature plummeted to 38 degrees F with the walls oozing condensation.

The world held its breath, waiting to see whether this would be the first time men would be lost in space, or if they would burn up when the space craft reentered Earth’s atmosphere. At Chicago’s Wrigley Field, thousands of Cubs fans offered a moment of silence. At the Vatican, Pope Paul VI offered prayers, and in Jerusalem, Orthodox Jews prayed for the astronauts at the Wailing Wall.

Those prayers and millions more were said on April 17 as the astronauts prepared for reentry. Lovell thanked everyone at Ground Control, while a waiting world wondered whether those might be his last words.

As the craft hurled toward earth moments later, searing flames engulfed the outside. Would the heat shield protect the men from the punishing temperatures? The radio blackout lasted a total of three, stressful, minutes. Even if the heat shield worked, where would the craft splash down? If its beacons didn’t work, Apollo 13 could not be visible to rescuers amidst the vast Pacific Ocean’s white caps.

Three minutes came and went with no sign of the spacecraft. Suddenly rescuers pointed and yelled, “There they are! They made it! They made it!”

An ocean of tears splashed down along with the astronauts, applause reverberating around the world, humanity’s “Thank you” to God, who is above and beyond the zenith of human technology and science.